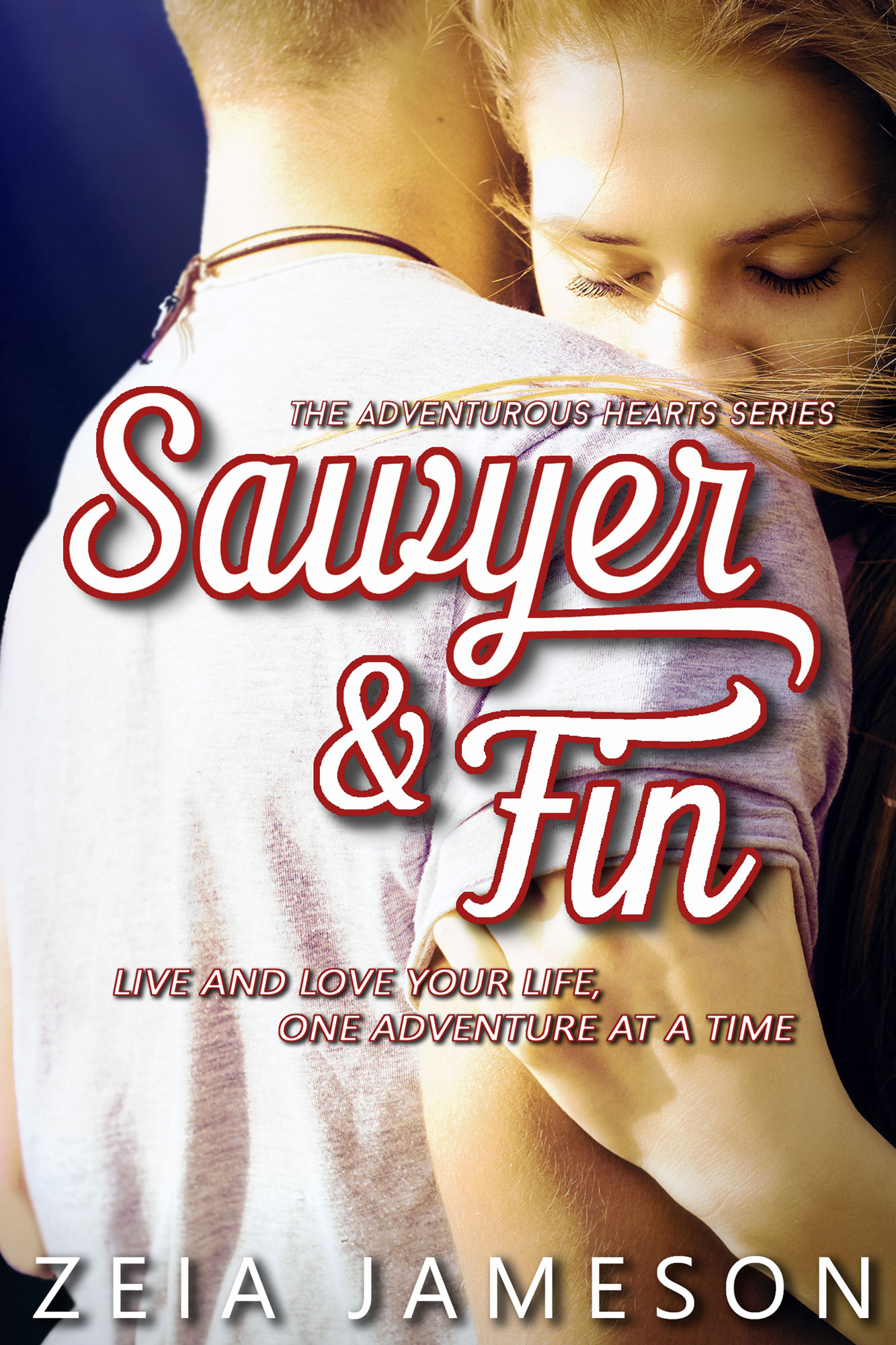 To live without adventure defeats the purpose of living.

Fin knows all about living life to the fullest. She had everything - freedom, excitement, and a promising athletic career. But it was all torn from her when a night of risky behavior ended in tragedy. Now she's doing everything she can to protect her sister from following in her tarnished footsteps.

Sawyer has never had boundaries of any sort. He asks for forgiveness rather than permission. Until one bad decision has him running from someone who doesn't forgive easily - or ever. In order to stay alive, and out of prison, Sawyer has no choice left but to rely on boundaries.

When the two cross paths, mixed feelings of hesitation and curiosity taunt their emotions and convictions. Chances are taken. Rules are broken. And they both know it all could lead to the lives they want - lives too perilous to live. Can they grow a relationship in their current safe and ordinary lives? Or will the temptation for adventure lead down a path from which they can't return?

Sawyer & Fin is Book One of the Adventurous Hearts series
Live and love your life, one adventure at a time.

“What are we doing?” he questions, as he pulls hastily from our kiss. He shakes his head. “We can't do this. I can't do this with you.” He backs away a step, taking the heat of our passionate moment with him.

I step forward, not wanting to let it go. “We can do this. It's okay. What are you so afraid of? We need this. And you are lying to yourself if you say or think otherwise.”

We stand silent for a moment. Then, I make a decision for us both. I lean in and curl my fingers around the back of his neck. I brush my lips against his and he takes them forcefully while wrapping one arm around my waist, pulling me tight to his body. He gently tugs at my braided ponytail.

“You have no idea how much this braid drives me wild,” he speaks into my lips with a wicked grin.

“You could show me just how much,” I speak back, attempting to match his expression.

He lets out a low growl and my insides burn. I want all of him to consume all of me. We kiss more, hard and fast, and our hands roam and explore each other. I move my hand under his shirt and rake my fingers up his taut abs. As I make my way up his chest, I feel a raised line of skin.

My mind races over what could have caused such a sizable mark. I've had my fingers on it for no longer than a second when Sawyer flinches and pulls away again. He removes my hand from his shirt and then runs his fingers brashly through his hair.

I look down at my feet while my hands wring within one another. “You have no idea what I deserve,” I say, ashamed at thinking for even a second I had a chance at being happy again.

“You know why I'm here, Fin. And you know I'm no good for you. I have so many secrets. Secrets that if you knew, you'd run away faster than the wind.”

“So tell me!” I exclaim in frustration. “Make me run. That's the only way you're getting rid of me.”

He shakes his head again while gripping the back of his neck. “I can’t.”

I step toward him again, my inner daredevil taking control of me. I lean in close to his ear and whisper.

“If you tell me your secrets, I'll tell you mine.”

Have a question or just want to chat? Contact me here.

Well I didn't think it would but the sun came out

This was awesome! #Disney #beautyandthebeast 💛

We survived the Slinky Dog Dash line. 3 hours. The

There were many, MANY amazing things about our Sta